which cries for the moon

it can never touch! 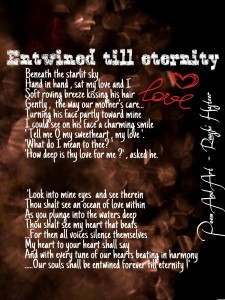 Beneath the starlit sky

Hand in hand , sat my love and I

Gently ,  the way our mother’s care…

Turning his face partly toward mine

I could see on his face a charming smile

‘Look into mine eyes  and see therein

Thou shalt see an ocean of love within

As you plunge into the waters deep

Thou shalt see my heart that beats

…For then all voices silence themselves

My heart to your heart shall say

And with every tune of our hearts beating in harmony

…..Our souls shall be entwined forever till eternity !’ 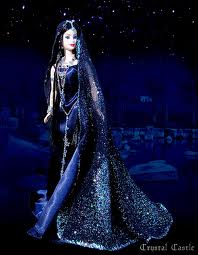 In silence she glides

Her beauty since long endures

She’s Nyx ~ the goddess of night

In her veil she obscures light

She moves with delicate physique

In an aura of charm and mystique

Lured by her grace and beauty

Eros ~ love himself starts a melody

Silence breaks with his tune

And gently sleeps the goddess of moon

Music wakes Eos from her sleep

Opening her heavenly gates she greets

the luring beauty of the night

As Nyx and Eos’ hands conjoin

As the beauty of night is gone

… The world beholds the break of dawn ! 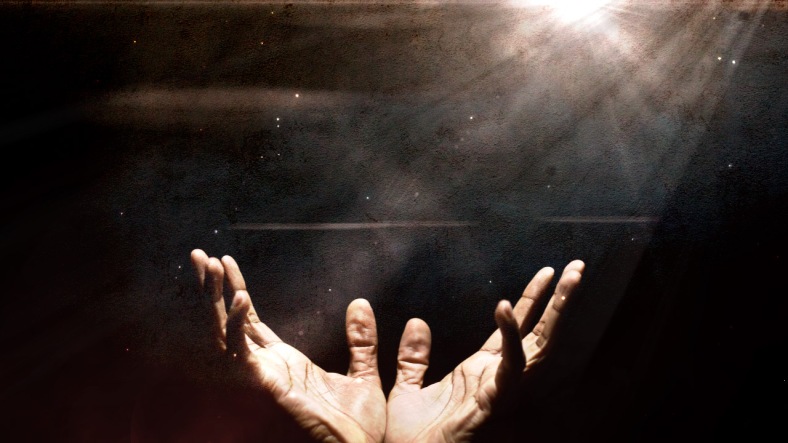 On A Cold Winter Night

As I sat on the bench ~trite

The windchime echoing to the breeze

Soft ,sombre the music of the leaves

Leaves that danced sullenly to the breeze

Lost in thought with eyelids heavy

So lost in though that I hardly realized

Those were His hands to my surprise.

Holding hands we went on a heavenly ride

Together we pierced the starry sky so wide

Lost in His calm empyrean smile

I was ready to cover a million mile

How deeply was I beguiled all that while !

I had no clue if I was alive

Or of my family’s love I was deprived

His presence made these thoughts subside

Such was the magic of His smile

That I was so deeply beguiled !

” Unfurl the banner that witholds

Many a secret that are untold “

I gently asked the King Of Kings

By now my curiosity had taken wings

No sooner did he gave in to my pleadings

Than I heard the birds who had started to sing.

His hands no longer held mine

I  was alone on that bench trite

Slowly and gently I opened my eyes

And embraced the new day so bright.

Ah ! I gave a faint smile

Once again the secrets took their veil

If not yesternight, maybe tonight

One day everything will be alright

I shall find my answers one day

and that day is not too far away!